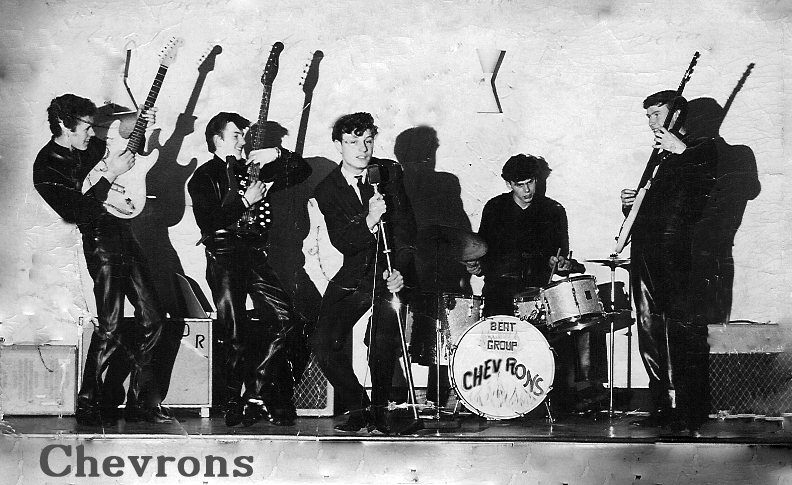 Above: Posing onstage at an unknown venue c.1962.

On his right is Derek "Dek" Rootham on Lead who later played with Geordie.

Drummer Ricky Burns and bass player Keith Weston were originally with the Kylastrons.

Larking about before a gig at Whitley bay Ice Rink 1963 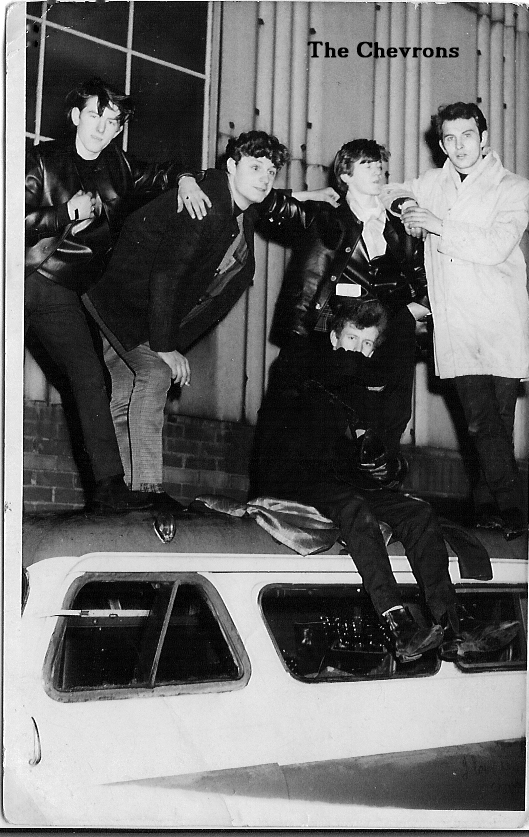 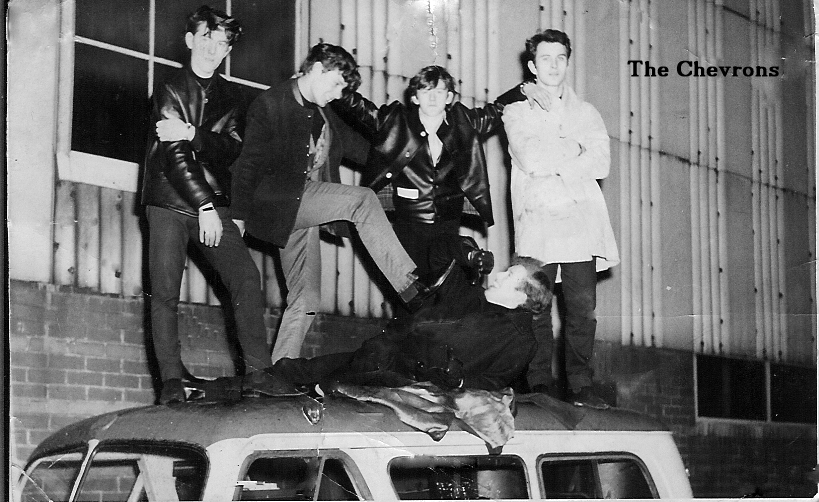 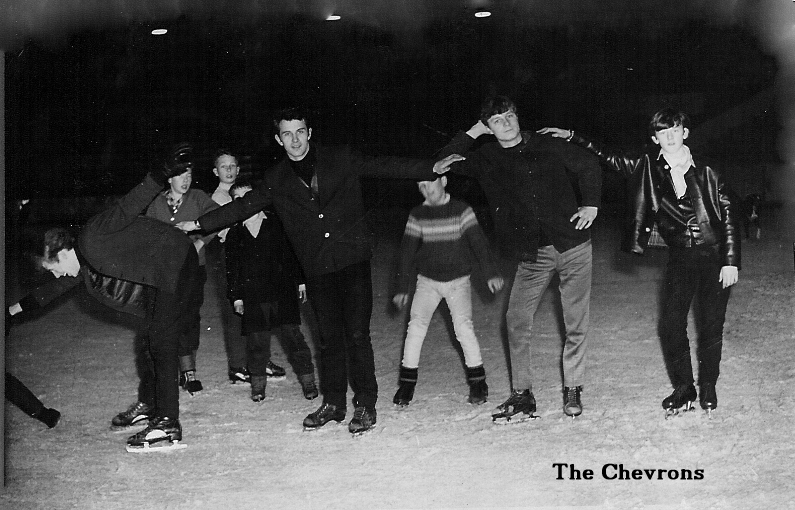 Below: Photo shot on the Castle Keep, in 1965, prior to the audition for Tyne Tees TV programme "Rehearsal Room" with a much changed line-up. 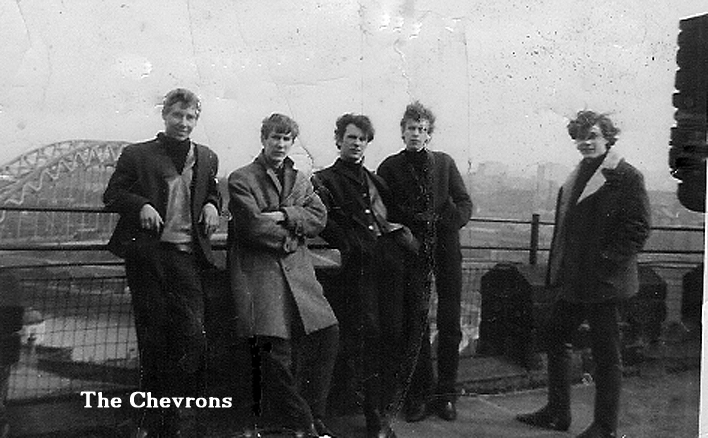 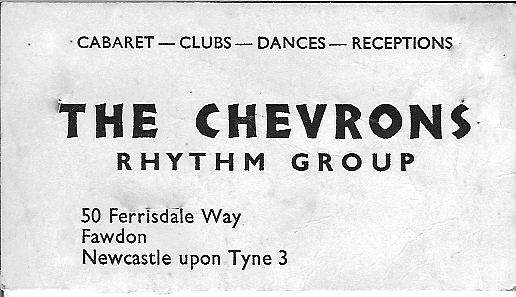