Del and the Infernos

Del and the Infernos were based in South Shields during the early sixties but played all over the North East.

"They were great days, when you got about £12 a pub gig but we would have played for nowt and often did at the old co-op hall at Marsden.

In the early days we played mainly instrumental as we did not have a singer.

What transformed our band was when we bought a Watkins Copycat echo unit, WOW!! now we sounded more like the Shadows. It cost me £40, which was a lot in those days." 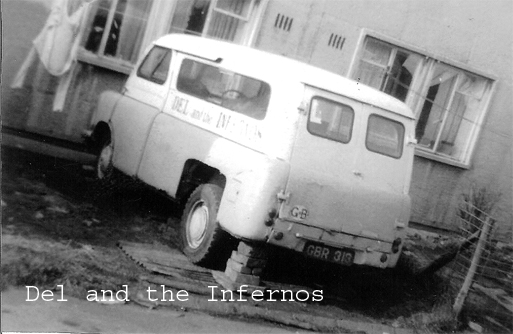 Old Bedford Dormobile with interesting rear suspension aid. The lads travelled in style - it cost them £40 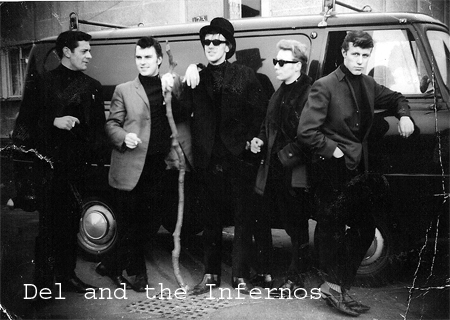 Ernie would also love to hear from anyone who is in contact with another local Sixties group - Ches and the Chesters.

(So would we as we don't have any pics of them yet.)