The following information was supplied by the drummer, John Read, who now lives in Berkshire

Hi Alan, I moved from Sunderland in 1972 to work in the music business in London. Since my parents died, I have no more links with the North East which is a shame. When Toby Twirl broke up, I was only 23 but after doing some residency work, I got offered a job in London. I have been there ever since although I have moved out West and now live in Berkshire. I have lots of photos of the band and would be happy to send one. I am waiting for my scanner to be fixed so once that is done I will send one. Barrie, Nick and Dave all still live in and around Newcastle and I see from another post on your site that Holly now runs a pub in Blyth.

Nick Thorburn  lived in Wideopen, Barrie Sewell the keyboard player - Morpeth, Holly the singer - Blyth, Stuart Somerville bass - Tynemouth and myself drummer in Sunderland. When we all travelled by the group van it was a 52 mile pick up!

The band was originally called the Shades of Blue but when we signed to Decca, there was a US band with the same name. Toby Twirl was taken from a book which was out of copyright at the time about a cartoon pig. Stuart was tragically drowned in the sea off Tynemouth and replaced by Dave Robson. His loss hit us really badly and we didn't stay together too long after that. We did in fact include a segment of Mare's Eat Oats, Does Eat Oats and Little Lambs Eat Ivy in our cabaret act but it wasn't very rocky! I am waiting to have a couple of pictures scanned now. Quite scary seeing me with hair. 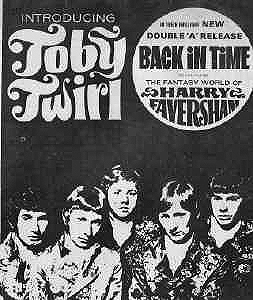 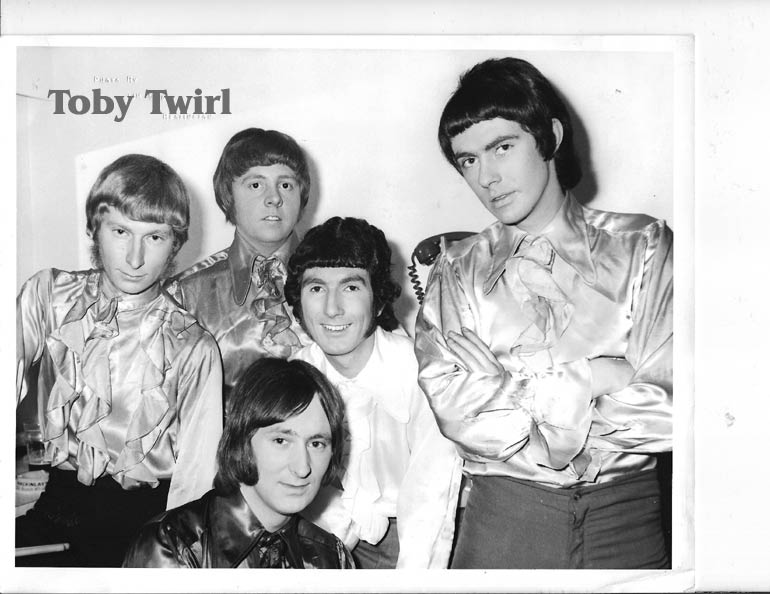 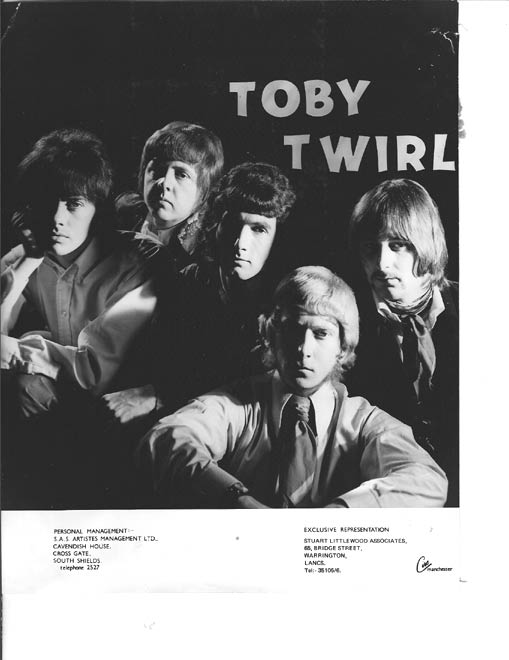